CelticKnight said:
Cheers, fella. If nothing comes of it - thanks for trying anyway.
Click to expand...

You gotten the invite?
C

His Majesty said:
You gotten the invite?
Click to expand...

Just got a friend request off Syder so fingers crossed.

This makes me happy, really. 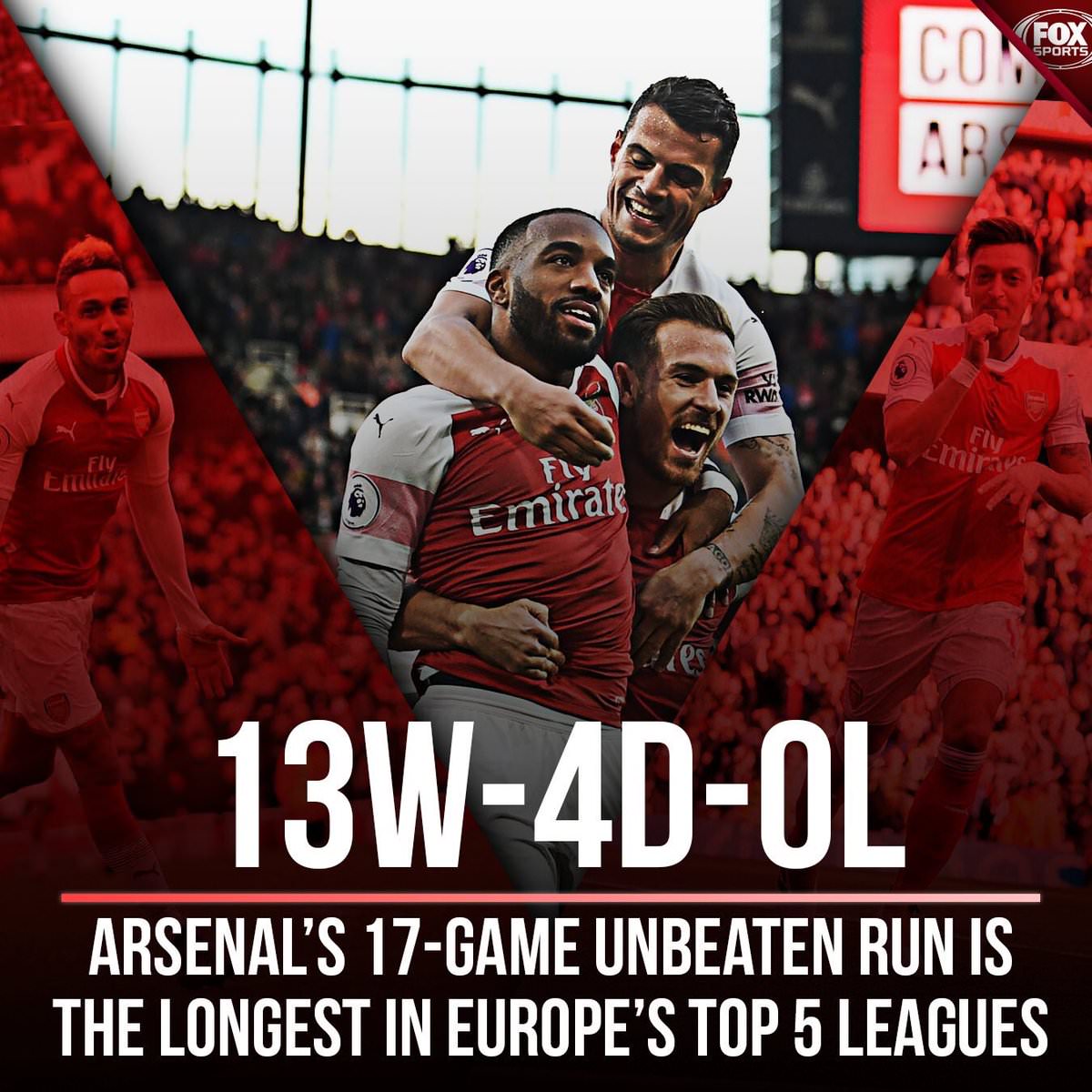 His Majesty said:
@Audioboxer is a cunt.
Click to expand...

Hows everything over there? Missed all of you. Please say hi to footy fam there - Sir Guts
T

why are we helping Liverpool by beating Spurs?

TheStigGT999 said:
why are we helping Liverpool by beating Spurs?
Click to expand...

ThePliskin said:
I’d rather Liverpool wins it than city..
Click to expand...

what team do you support?

TheStigGT999 said:
what team do you support?
Click to expand...

Sad to hear the news about the Cardiff striker going missing on the plane. Even if they're our rivals, you hate to see things like this.

Hope both on the plane are found safe and well.

Meowzers said:
Sad to hear the news about the Cardiff striker going missing on the plane. Even if they're our rivals, you hate to see things like this.

Hope both on the plane are found safe and well.
Click to expand...

Yeah its really sad. Small plane and the weather condition was terrible
T

United fan here. Hope for a competitive game tonight regardless of outcome. Must say I feel less positive about visiting the Emirates under Emery than I did Wenger. Fun fact for any Arsenal fan, but I’m a United fan living 30 seconds from Highbury and Islington station. With some evening games it takes me 40 minutes to drive the last 5 minutes home.

I’m a bit of a realist when it comes to Uniteds recent form. If Spurs (and United) had their striking boots on the game could have been 6-3 to them. I am prioritising the league at this point, but we’re in a deadlock with Arsenal in the league so I want to win this. I haven’t watched enough of Arsenal to know if we can just try to hit on the counter and be guaranteed goals like the Wenger days.

I think United defenders will deal better with Aubameyang than Lacazette. Lacazette and Torreira are the 2 players I fear most from Arsenal.

Just as I thought, United will fucking tear us apart. TYPICAL ARSENAL

Arsenal were better yet poorer at the same time. Not much creativity in the area where they needed it most.

That's pretty much the game of the round as 4th round doesn't have too many exciting games.

Arsenal will need to replace Ramsey with somebody good. I thought he was their best player yesterday. They just needed a bit more creativity up front. They pass well but struggled with the final ball. And when they played what should have been the final ball they searched for an extra pass for the perfect goal. Typical Arsenal in some ways.

Still a good defence away from a title winning side. Should have had 3 or 4 league wins over the past 12 or so years.

Emery definitely deserves time, none of their shortcomings are his fault imo.

mekes said:
Arsenal will need to replace Ramsey with somebody good. I thought he was their best player yesterday. They just needed a bit more creativity up front. They pass well but struggled with the final ball. And when they played what should have been the final ball they searched for an extra pass for the perfect goal. Typical Arsenal in some ways.

Still a good defence away from a title winning side. Should have had 3 or 4 league wins over the past 12 or so years.

Emery definitely deserves time, none of their shortcomings are his fault imo.
Click to expand...

This isn’t his team so I’m not judging him now. Also we have the cunt called Kroenke..
T

Clear as the daylight

What a game so far. Shitty vs Arsenal 1-1

Shame not much of FootyGaf here. Guess I’ll talk to myself then

Our defense organization is fucking garbage!

“If we should have any regrets as Manchester United, that is that we only gave David Moyes seven months.

“I think we should have given him more time, accepted that results weren’t going to be the way we hoped they would be and that playing would be a little bit different.

“I believe he would have grown into that role. He has the personality and he had so many things he needed to learn and he didn’t have anybody to learn them from.

“He was left to run the football department on his own. I think that really would have helped him [keeping Mike Phelan], had he had someone with that kind of experience.

“But I also understand where he’s coming from. He did think that he brought that experience with Phil Neville so he
had someone there.

“I don’t think he wanted someone there who had worked with Sir Alex. I can understand that, but maybe when you look back maybe that was a mistake.

“But from the club’s perspective we should never, ever have dismissed him.”
“That left us into making rash decisions, so we bring in a name and that went completely wrong.

“Had we brought in Mourinho instead of Louis van Gaal, I’m sure history would have told that it would have been better.

“It would have been so much better for him to come in at that point rather than after Van Gaal. There were too many things that happened, too many players brought in that didn’t suit him and possibly didn’t suit Man United as well.

“But we go back and look at our history, we look at the number of years from Sir Matt [Busby] stopping and retiring in the 70s and all the way to ‘86.

“It still took Fergie from ‘86 to ‘93 to seal the first championship so United is the kind of club that will always bounce back. This time we just hope it’s a little bit quicker.”
Click to expand...

It’s like he has no clue as to the clubs situation. Moyes left it impossible to qualify for the Champions League with 6 odd games remaining. If United had stuck with him and failed to qualify the following season they would have lost the biggest shirt sponsorship deal ever signed in football, £780m would have dropped to £390m. He signed square pegs for round holes in Fellaini and Mata. At least Mata was a decent player, but never a Manchester United player really. I saw the worst United performance I’ve ever seen under Moyes, from a title winning side the previous season.

If Moyes had stayed we would never have signed players like Pogba, Martial and Herrera. We would be dealing with Leon Osman etc. Peter Schmeichel can shut the hell up. Ferguson wanted the back room staff to stay and Moyes got rid. Moyes was not capable of running a big club.

I'm dreading the United game this weekend. City are looking unstoppable as well :/ We really need to stick a performance in to show we (LFC) won't be muscled out the race.

Klopp is a great manager, I know that Fergie wanted him for United but the timing was wrong. Strange to think his second choice was Moyes tho! As an outsider I’d definitely have to think Liverpool will win some trophies under Klopp. It’s nerve wracking when your team is fighting for the title, a few weeks back I thought Liverpool were the favourites, now it’s City. But I’d expect City to still drop points before it’s all said and done.

I have to be honest, since my team isn’t involved the only desire I have is anybody but Liverpool! But that’s the rivalry speaking. You have an excellent team at the moment with great staff, you have every chance of winning the league this season, but that’s along with City. It’s a real title race with you two. If you do both drop points, even the Spuds could come back in with a shout, although I think that’s unlikely.

I’m spending all my footy time worrying if United will qualify for the champions league! I’d love to finish 3rd, but even 4th would be a huge achievement for Solskjaer. I can’t believe what a crazy season it’s been for my team, real lows and highs. The highs just weren’t expected prior to Christmas. Now I’ll be watching Utd v PSG tonight with a real hope we can do something.

So yeah guys, I just watched this weekend my team destroy another same-league poor bastards 10 to nil.
Yep, not even joking. Can't believe I'd live to see something like this ever happening.

Poor showing from Man Utd tonight. Just no culture in the set up, whereas PSG showed a lot of class. Its a 2 leg tie but probably too much for Utd to overcome now. Not a fan of the ref, everybody got yellow cards for average fouls and Pogba is off when he shouldn’t be. Nobody should be in fear of being red carded in this game.

Haven’t seen Mbappe play outside of one or 2 World Cup games but I’ve heard a lot about him. He’s so fast, good runs and calm on the ball. Very nice player.
Last edited: Feb 12, 2019

Yes, Mbappe is top class. And so young as well.

odhin said:
Yes, Mbappe is top class. And so young as well.
Click to expand...

I hope he grows up while striving for more. Would like to see him win the Ballon D’or one day

"I'll give my life to make the supporters proud of their club," Rodgers said.

Maybe not the best choice of words given what happened.

A few good wins for Newcastle this past couple of weeks has me feeling a lot more positive.

We dominated Burnley today and I'm so happy that Almiron has hit the ground running.

However, I'm especially happy for Sean Longstaff, local lad who has really seized his opportunity. He's really been the catalyst for our recent upturn in form (along with Hayden).

Finally I can enjoy football again.

Now, if only Ashley would fuck off and Rafa sign a new deal!