I suck at this image photoshopping thing but I put in some crappy graphics for you GAFers. The goal of the topics I made is as a guide to point you toward information you may have missed, but it's by no means exhaustive. I hope that's OK, I'm definitely not BruceLeeRoy

Thanks to *Dinjooh* for the GIF 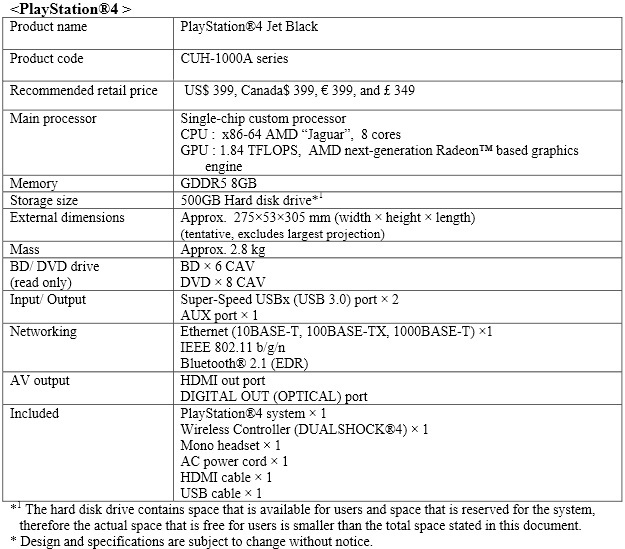 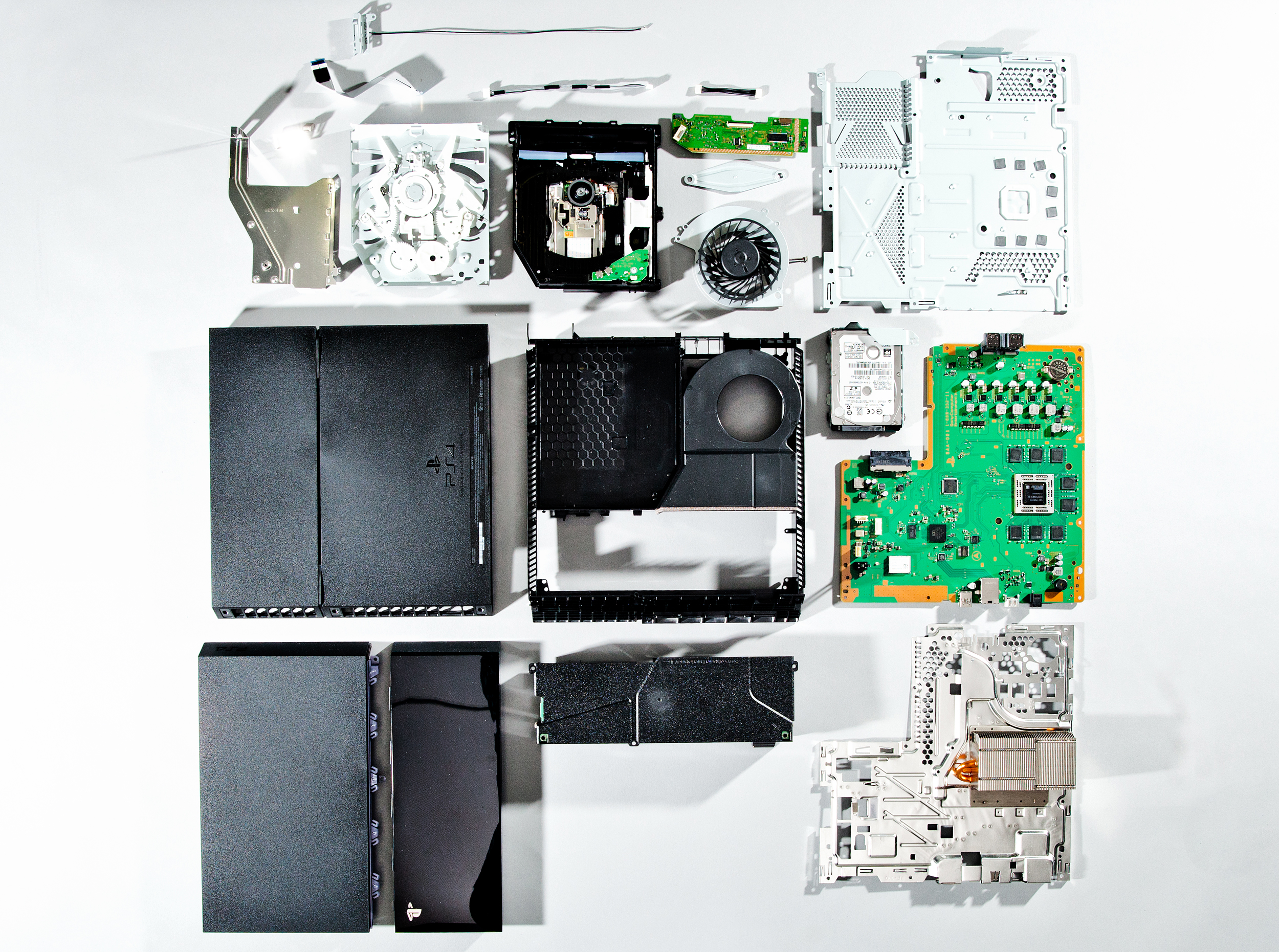 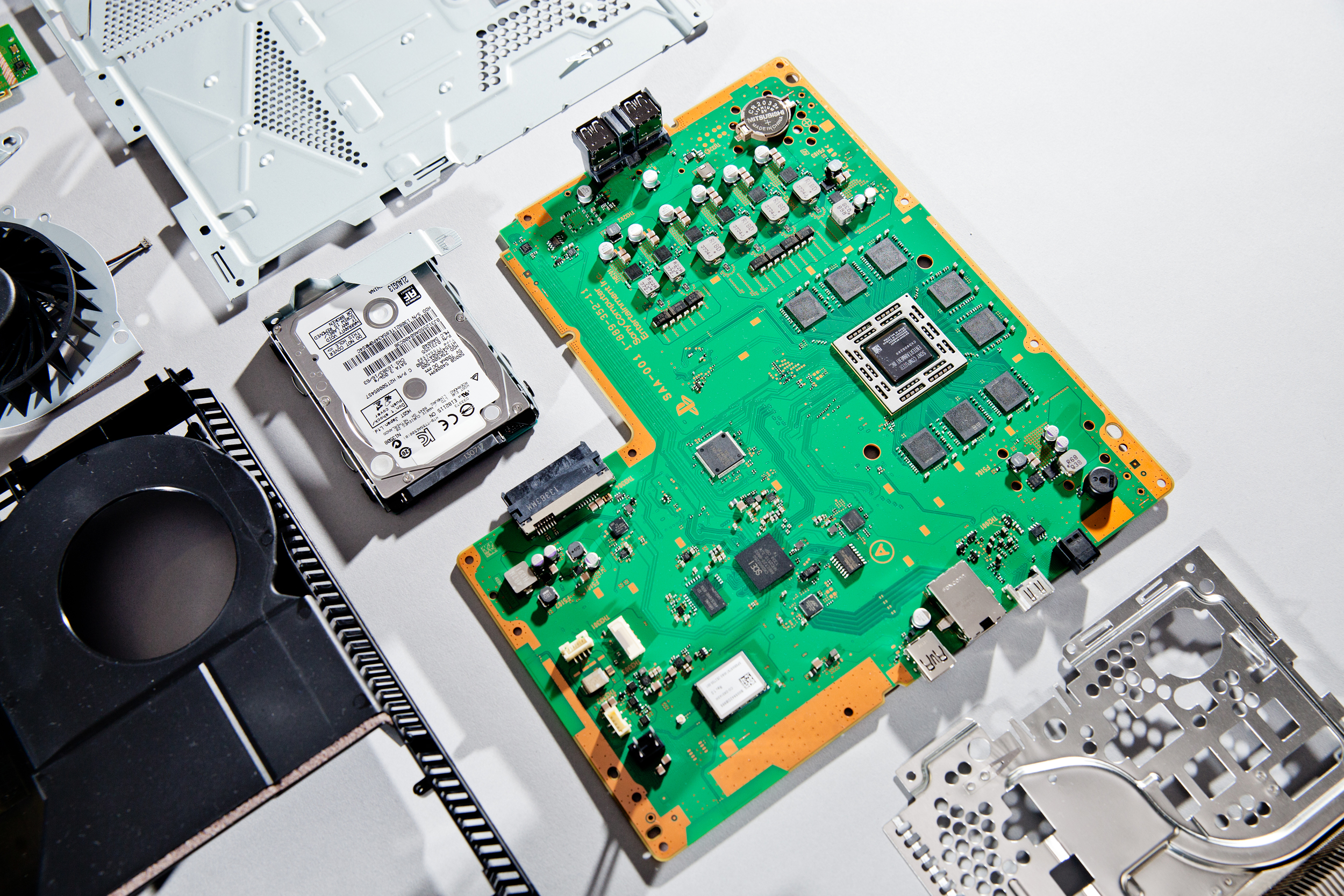 As many of you may know, Sony released a big FAQ answering most questions anybody would have about the system for launch. It has some bad news, some good. Such as no mp3 and DLNA support at launch, as well as no share youtube support at launch. That said, it's a valuable source of information. 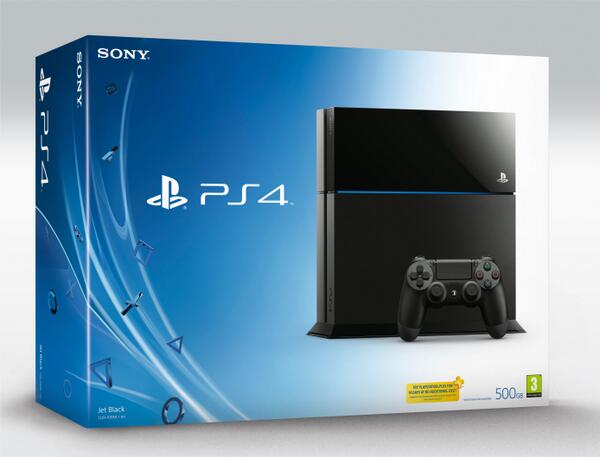 Tons more here of most of the launch peripherals and more!
Check out Yoshida's EPIC unboxing video. Thanks *PeregrinSe7en* for the link! 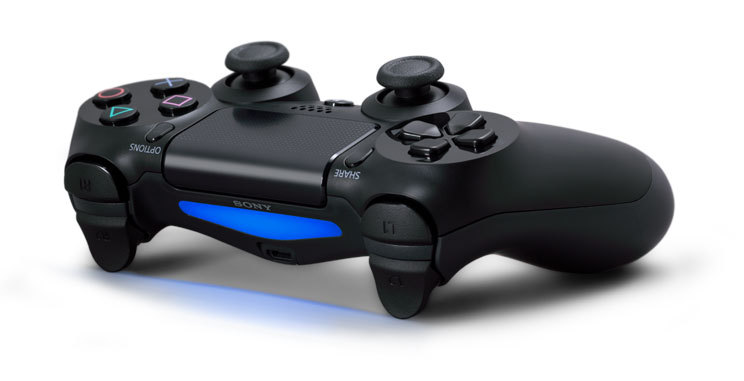 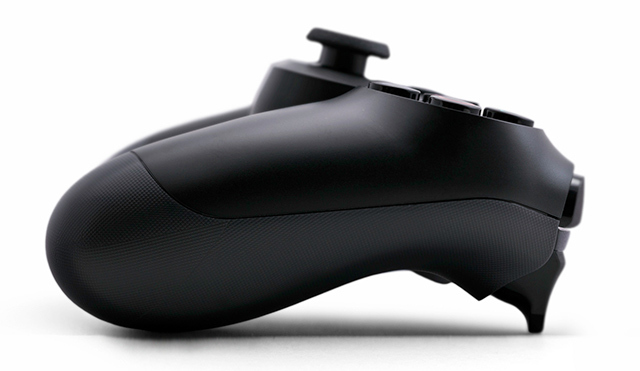 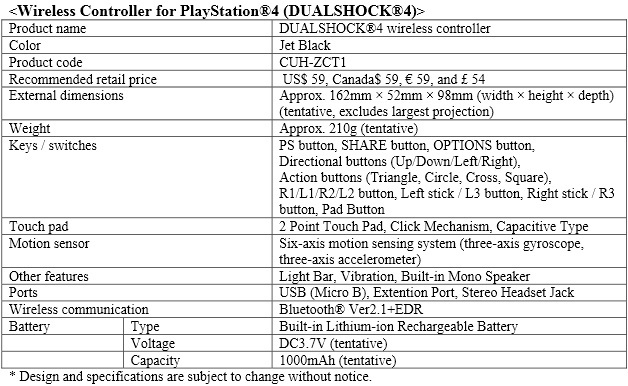 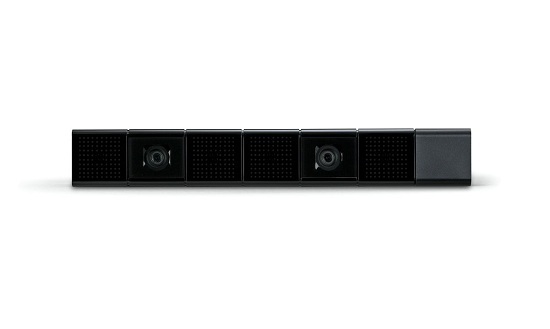 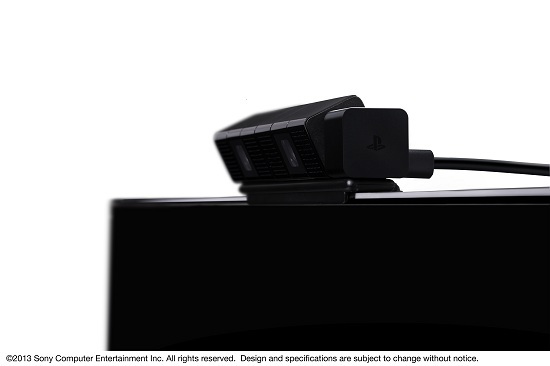 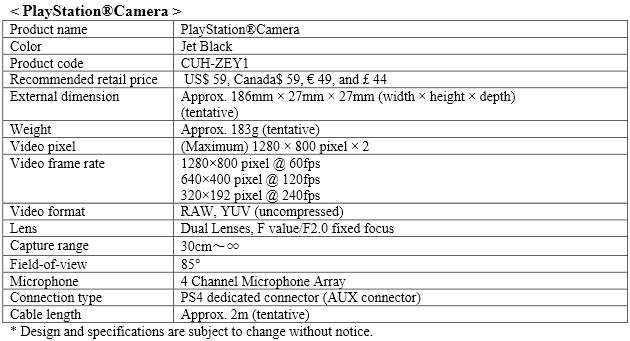 &#9679; You can control the user interface via the included PS headset, but it is unclear what specific voice commands will be available for navigation and what countries it will work in.
&#9679; Check out the PlayStation Ultimate FAQ, which should answer most additional questions regarding things for launch. 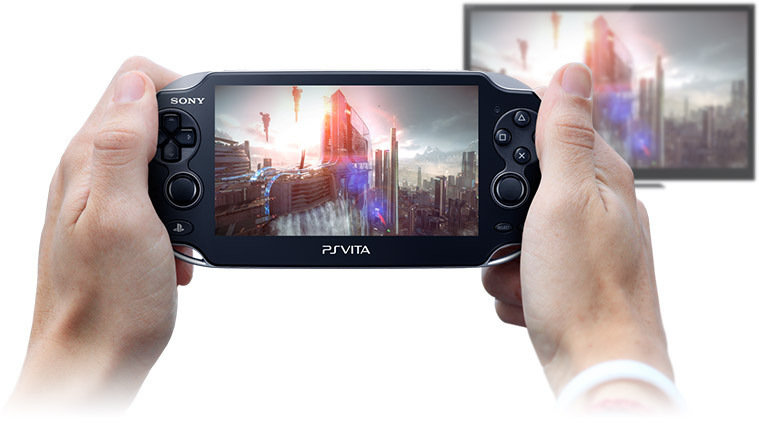 &#9679; With remote play, you can use your Vita as a de facto second screen ala Wii U, or simply utilize it to play your PS4 games from the comfort of your couch.
&#9679; Additionally, you can use the Vita as a sort of second controller of sorts... allowing one player to play Knack for example on the TV, while a second player joins in from the Vita.
&#9679; Media: IGN Remote Play Demo

For every image you click on, there is a video to show you what the game is all about.

Games marked with an asterisk are free on launch day on PS+. Games in italics are F2P.

&#9679; Check out some of the games coming in the future in this list
&#9679; Not satisfied yet? Check out this AMAZING sizzle reel of upcoming PS4 games from our very own *Appollowexx*
&#9679; If you're still too excited, *Katana_Strikes* made a PS4 wallpaper. Check it out in the following formats: iPhone, Desktop, PS3, Vita 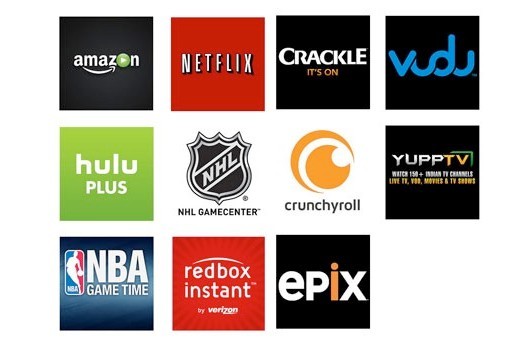 The following apps will be available on launch day:

Crackle- A part of Sony Pictures Television, Crackle is a freely accessible multi-platform television network delivering original series such as Emmy®Award nominated Comedians in Cars Getting Coffee, and hit movies and television programs in a variety of genres.

Crunchyroll- Watch the latest and best selection of Anime right from Japan such as Naruto Shippuden, Attack on Titan, Bleach and more up to one-hour after Japanese broadcast!

EPIX®- Authenticated subscribers on the PS4 system can instantly access and stream more than 3,000 titles on-demand, including top blockbusters such as The Avengers and The Hunger Games in HD, classic Hollywood franchises, award-winning original documentaries plus music and comedy specials.

Hulu Plus- Hulu Plus offers unlimited instant streaming of current hit shows like Family Guy, The Simpsons, and South Park as well as original series including The Awesomes and The Wrong Mans.

NBA Game Time- Stay connected to live out-of-market NBA game action on the PS4&#8482; system with NBA LEAGUE PASS Broadband on an authenticated basis for subscribers. Get access to real time stats, complete scores, stats and schedules for every game, and video highlights and recaps.

Netflix- Netflix members can instantly watch a wide variety of TV shows and movies, including exclusive series such as House of Cards and Orange is the New Black, on the PS4&#8482; system.

Redbox Instant&#8482; by Verizon-Subscribers can stream from a library of hit movies on the PS4&#8482; system and receive 4 DVD or Blu-Ray rental nights every month for new releases at the Redbox® kiosk. Everyone can purchase and rent the latest movies on-demand.

VUDU- Watch the world's largest selection of HD movies and TV shows, including thousands of blockbusters, Hollywood classics and indies. Stream new releases before they¹re available on DVD, or build a collection of favorites without ever paying for a subscription.

YuppTV- YuppTV offers over 150 Indian TV channels Live and on demand, including a selection of over 600 Movies to watch anytime, anywhere.
Click to expand...

First, I want to say I apologize if this thread isn't neat enough or visual enough or whatever... I just do what I can do. Second, I wanted to end this topic with some fun.

Please join in voting for the TOP THREE animated gifs or memes of the console war since the February 2013 unveiling. Those that win will be included in the OP.

I wanted to dominate the living room. Then I took an ESRAM in the knee.

helped a brotha out on multiple separate occasions!

Nice thread man. Here is to next gen.
L

I've been ready for this since the February reveal and I can't believe the console is just a week away now.
D

TAKE BACK YOUR RIGHTFUL PLACE ON THE THRONE.

I'm going to live off of PS+
H

OT is amazing
next gen is here next week


lets do thisssssssssssss. haha yes the Independence day gif is on the first page B^)
P

yes the next gen thread are coming around nicely
L

Asking for a friend. Will gamestop.com preorders be delivered on launch day?
J

Chie is the worst waifu

Just one week away!!! I'm too excited.
D

Wake me up when it's EU o'clock.

Your all a shower of bastards*

This thread requires more Banderas in the OP.

Is that bonus offer worldwide?
R

Looking forward to getting one

When inFamous comes out

And it begins! I'll be constantly checking my Amazon account on Tuesday.

Greatness awaits for us all on the 15th!
B

This is finally happening.
B

Great OT, great title, great console, everything is great.
A

There is a lot I want to include.

Specifically, if you check the VERY LAST section, I want people to vote on their favorite memes/gifs from the course of this newest console war thus far, and the general favorites will be added into the OP.

That's why I didn't put Antonio Banderas in, I figured he'd be in one of those chosen gifs
R

What time do your local Targets open? I think mine is at 8 am, going to snag some goodies real early for that launch experience since I've preordered on Amazon.