Disclaimer: I have no source other than the one that shared this information with me. I am the source basically. So I thought about posting this myself here.
Please do not ban if it ends up being a dud. My source is 100% reliable. But of course can't say more.

While unable to confirm nor deny Move support for Rising, our source shed some light on future plans regarding the MGS franchise as a whole.

Besides confirming the PS3 remake of Peace Walker (likely to be a "PSP Remaster" with possibly 3D support, albeit he couldn't tell for sure), he also revealed that the next installment in the "main" MGS franchise (Metal Gear Solid 5, basically) is scheduled for this generation as a multiplatform release, with PS3, Xbox 360, NGP and "possibly 3DS" mentioned as landing platforms.

Finally, PC *PORTS* of MGS1, MGS2, MGS3 and MGS4 are bound to be released digitally via Valve's e-Commerce portal Steam.

Of course, like with any rumor, you might want to digest all of the above with a pinch of salt. While I have no reason not to trust the source that shared these details (I wouldn't relay this information to you otherwise), internal production plans can change, so...

Hopefully the upcoming E3 will set things in stone with some official confirmations from Konami.
Click to expand...

Wow that would be shocking! I'm excited.
G

Interesting if true. Would explain the timelock Rising appears to be stuck in.

He better do a fuck awesome job of PS3 Peace Walker.
B

if true, i approve this message. the more MGS, the better. And bringing Rising to Platinum would be a fantastic idea.
B

If true, holy fuck. But I'll believe it when I see it.
B

Yep, the game must've been pretty trashy at KojiPro for this to be remotely true.
L

I'd be excited for anything Kamiya is involved in, so if this turns out to be true that sounds rad.
A

Would explain the Konami press conference next week
R

IS THIS REAL LIFE
J

Is this even possible?
F

Really? This dosen't sound like complete bulltshit to you?
E

Sounds too good to be true.
G

Probably shouldn't get my hopes up though.
G

A 3DS MGS5 release would look really shoddy next to a HD twins version and even an NGP version.
D

I once wrote a preview of MGS3 for a (as-of-then) PC-only gaming mag. It would be cool if that port eventually came out
C

I can't wait for the summer Steam sale two years from now that bundles all the MGS games for $7.50.
M

If these are remakes, then take my money.

If these are ports, well its got MGS3 in there so still take my money.
L

I'd only accept a new MGS main-line game if it were as awesome as MGS 3.

But still, interesting. Hopefully a few things are clear in the next couple of weeks.
R

I kinda believed it until this line. No way this is true.
G

Yeah, this sounds like something one of you forum guys would have dreamt up with your collective Platinum Games' hard-ons.
P

Wow. Would explain Kojima's tweets and also severely undermines the progress that the successors to Kojima had hoped to make when beginning Rising. Basically shows the lack of faith Konami had in the team. Kojima leaving Konami soon?
D

This part just sounds like a pipe dream, if they are truly remakes with better textures etc why wouldn't they at least be released on the 360?
R

Hideki Kamiya is apparently directing the game
Click to expand...

PC remakes of MGS1, MGS2, MGS3 and MGS4 are bound to be released digitally via Valve's e-Commerce portal Steam
Click to expand...

Hope your source is correct TTP, this would be fantastic news all round. Will be interesting to see what happens if the next MGS does indeed go multiplatform.
K

I find this hard to believe...
T

Why? Platinum can't develop games for publishers besides Sega?

In any case, I would have not published this news if the my source wasn't 100% reliable.
R

The PC part sounds most suspicious. The rest is plausible.
E

Currently polling second in Australia's federal election (first in the Gold Coast), this feral may one day be your Bogan King.

Do not want. Bayonetta 2 instead please.
N

HOLY. FUCK. if true
B

MGS2 & MGS3, the best games ever on my PC, and fucking Platinum taking over Rising? These things are not possible.
G

TTP putting his reputation on the line. On the line.
S

I think Bayonetta and Samus are more iconic than Lara Croft.

Seem logical to me as Vanquish's story line is about as screwed up as any MGS game. The thing I'm excited about is there'll be less CGI and more action Action ACTION if true.

If all of this is real.

Even though it sounds like complete BS. If it was true and Kamiya took over Rising...Only one thing can be posted if it ends up true. 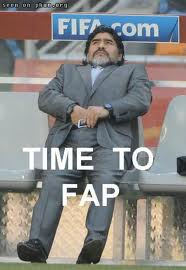 The PC remakes bit is just too good to be true. I refuse to believe... for now.
K

This sounds like a pipe dream. I'll believe it when I see it.
G

Awesome that the username is relevant too!
M

I predict this story will be on all the gaming sites in the next hour. Behold the power of GAF.
R

MGS2 & MGS3, the best games ever on my PC, and fucking Platinum taking over Rising? These things are not possible.
Click to expand...

Boy, have I got news for you!
L

Detox said:
This part just sounds like a pipe dream, if they are truly remakes with better textures etc why wouldn't they at least be released on the 360?
Click to expand...

I wrote "remakes" cos I assume you have to re-write engines and what not for a PC release no? An emulator would do for MGS1,2,3 but for 4? Besides, some MGS games have already been released for PC afaik.

Source just said they are coming to Steam. Didn't specify in what form.
E