Here's the full transcript of our E3 interview with Kim:

Do you now feel settled in your role as head of Microsoft Game Studios, and what changes do you feel you've made to stamp your own personal mark on the company?

Kim: Well, I've been in the job since early June. I've worked with this group for almost nine years now, and I worked really closely with Ed [Fries - previous head of MGS] for a long time, so it wasn't really much of a learning curve. Definitely it's been really busy and exciting, and obviously leading into E3 there's a lot of work that goes into that. But I think we've had a great show, so all the work's been worth it.

What's your verdict on the overall reaction to Microsoft's pre-show conference call?

Kim: From what I've heard the reaction to the briefing was great. People have been saying that it's the best briefing we've ever had. I thought the content was really strong throughout. Ending it with the EA announcement was awesome, and having Muhammad Ali and the other stars up there was pretty cool. And then you've got the show. All the titles out there are looking great and I'm really proud of the first-party titles as well for both Windows and Xbox. I guess that it's all been worth the work.

Was Microsoft particularly nervous before the conference season began since you didn't have potentially show-stealing new hardware to announce? Were you worried about that?

Kim: Well, I think that a long time ago people thought that this might be the year of the handhelds at E3. I think it's the year of the Xbox, personally - I'm biased of course. I think we had a lot of great things to talk about for the Xbox program in total - whether you're talking about the advancements in Xbox Live, XNA, first-party titles, EA.

I think at one point people thought it was going to be a lot about handhelds this and handhelds that, and that's all new and innovative of course, but we've been really excited about the reception for Xbox this year, to what we've announced and what we're showing more importantly on Xbox.

Your big announcement of E3 was, arguably, the worst kept secret in the industry - EA coming on board for Xbox Live. What changed in your relationship to facilitate this agreement?

Kim: Well, I wasn't really involved in the negotiations; but I think that at the end of the day both parties decided to do what's best for customers. EA has great franchises that its customers love, and I think a lot of its customers were asking it to be able to play on the world's leading online service, Xbox Live.

Clearly it's important for us to have great partners, great content on Xbox and Xbox Live. EA's been a great partner offline for us on Xbox; bringing those titles to Xbox Live is an obvious step. It's going to be great for our customers. When you combine EA's titles with Halo 2 and other great Xbox Live-enabled titles that are coming this year, it's a pretty killer story for Xbox customers.

At the end of the day I think that, whatever philosophical or business challenges that may have existed before it, it really cam down to what's best for customers.

Kim: Completely a coincidence. One thing that I've done since I've come into this job is I've been making a lot of hard decisions about our portfolio, looking at our portfolio, what do we think is 'first-party quality' etc. And we did that same thing with our sports titles, and frankly we need to get better at them. We're lucky as a platform to have great sports content from companies like EA and Sega. So we were going to make that decision regardless.

The line-up you have for this Holiday season and Q1 2005 is very strong, but from our point of view we haven't really seen many games beyond that period and we're not really aware of developers making games that are coming long after Christmas. Are you confident that in the following year you're going to have a consistently strong line-up of Xbox software, or are key developers simply focusing on next-gen now?

You've had Conker and Kameo from Rare at E3 this year. Can we expect anything else from Rare beyond these titles in the current generation of hardware?

Kim: I have the leisure of knowing what Rare's working on, and I think Rare customers, Rare fans should be really excited about what Rare is working on.

In this generation or the next?

Are you concerned that the new handheld consoles may affect sales of home consoles?

But we're not worried about the handheld space, we're focused really on the console market. Handhelds and portable devices are important to Microsoft as a company - Pocket PC, Smart Phones, Portable Media Centre - but in terms of handheld gaming, that's not been a priority for us. It's a very big deal to execute well, that's just like launching another Xbox frankly, so there's an entire program that's required in order to do that well. We want to stay focused on making sure we win the Xbox.

Nintendo talked of the 'Revolution', Sony discussed Cell at length, but you're still remaining coy on the subject of the Xbox successor?

We think the next generation's actually here with XNA. We announced XNA at GDC - it's a software development platform and architecture to help game developers continue to make great games and to devote more of their resources to the art and magic of games, not to the plumping. And XNA is going to be software architecture that'll continue to evolve regardless of what happens in the hardware underneath.

We're really focused on software, and that makes a lot of sense for Microsoft as that's our legacy, as a software company. We think we're the best company in the industry, or certainly in the best position, to be able to deliver a software solution in this particular industry.

Do you see XNA and the EA support of Xbox Live as the two major weapons in your armoury with which to attach Sony, i.e. XNA will draw developers to Xbox and the EA deal will help ensure you have the strongest online platform?

Kim: Those are clearly two great advancements for the platform. I'll add a couple more, what I think will be significant competitive advantages, and one is what I already think of as a significant competitive advantage, and that's Xbox Live. We made the investment a long time ago in developing the world's leading online service. I think we're by far the recognised leader in online in the console space, and so Xbox Live is an area where we're going to continue our leadership.

And I'll put in a plug for my own company, which is Microsoft Game Studios. I think also that I intend to make MGS a competitive advantage in terms of first-party in our battle with Sony. When you look at Halo 2, obviously that's going to be a big deal, and then we've got new games such as Fable and Jade Empire just to name a couple, and I like our line-up.

Sony used its pre-show conference to outline its online plans in considerable detail, but it's arguable that much of what it plans you're already doing...

Kim: Also what Sony talked about on the software development platform sounded very familiar to Xbox Live and XNA to me. That's great, I welcome that. I think Microsoft as a company welcomes the dialogue shifting to that playing field. It's one thing to talk about the story, it's another thing to deliver. I think we've got a great head start both in Xbox Live and in XNA as well.

With Xbox Live and the investment you've already made, you appear to be in a much stronger position than Sony moving forward with online gaming into the next generation. But do you feel the next-gen battle is going to won or lost online, or that it will still be a largely offline scrap?

Kim: No I think... Look, online gaming's been around for a long time, it's newer to the console space but it's been around for a long time. Most gamers understand that online is a fundamental part of the gaming experience and that's going to become more and more true in the console arena as well. I think what you're going to see going forward is more of a blurring of the lines between multiplayer and single-player experiences, online and offline.

I don't know that we'll be talking about it's just the offline thing. I think our leadership in the online space is really going to be reflected in the overall experience. But even if you're playing a single-player game, things that have traditionally been multiplayer, things like community as so forth, that's really important even to the single-player scenarios.

Tomorrow: corporate vice president of retail sales and marketing, Peter Moore, steps up for a grilling.
Click to expand...

Next-gen is going to be VERY interesting.
C

I think it's the year of the Xbox, personally - I'm biased of course.

Nice interview. I was a bit worried that development was completely focusing on XBox 2. This has me real curious about what MS has up their sleeve for the future.
I

Next-gen is going to be VERY interesting.
Click to expand...

That's a given.
R

There's not much point in interviewing Shane. I don't think there is any record of the guy ever having made an interesting statement. He has an amazing ability to generate conversations consisting entirely of press release verbiage.
J

I think I like this guy... MS is still learning and I while I was initially pissed about Psychonauts, TFLO, Tork, and Oddworld. I understand it. And I think MS now understands that announcing and hyping a product so early can be damaging when they don't see the light of day.
E

I'd have to agree with Rhindle... Kim mentions 4 or 5 actual game titles in this interview, and keeps talking about XBL but almost nothing about the *games* that can be played on XBL - except EA, which is of course, big.

MGS has got to have more than just Halo 2, Mechassault, Conker and Kameo coming out this year, right?
P

explodet said:
MGS has got to have more than just Halo 2, Mechassault, Conker and Kameo coming out this year, right?
Click to expand...

Right, he mentioned Fable, I forgot that. But that and Jade Empire are Lionheart and Bioware - is MGS assisting development?
J

He said Jade Empire won't make this year, but MS also picked up Kingdom Under Fire (8/10) and I believe they are publishing Outrun 2 .
P

Haha, year of the Xbox. MS are singing the same tune as us. 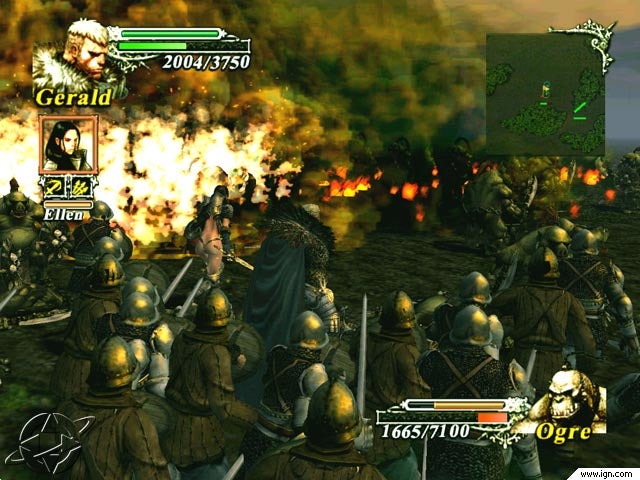