Xbox One Backwards Compatible lOT2l: Who would want to play these games?

Too human would be interesting. A game freed from the depths of legal hell.

I'm glad that I've still got my copy.
Reactions: Xenon

Reactions: gupho70, Mochilador, cireza and 2 others

Cool kof XIII!
It was a good looking 2D fighter.
I still have it somewhere.

Now please make compatible the darkstalkers /vampire compilation from capcom and I can finally put my 360 in the closet.

I already heard the news about KOEI TECMO's tweet, but someone is gonna come in here tomorrow morning and see all those games and think they are all backwards compatible.

It's strange that Ninja Gaiden II isn't in that tweet, especially as it's a Microsoft published Xbox exclusive (the vanilla version isn't available anywhere else).
I'm starting to think there's some sort of personal animosity towards it at Team Ninja.
Edit: noticed the tweet was specifically about DoA. Still, I'll be surprised if NG2 becomes BC.
Last edited: Feb 16, 2019

Make sure to pick up Star Wars Jedi Knight: Jedi Academy while it's free as a part of GWG.

Does anyone know if OG Xbox games are yours forever like the 360 ones?

Esppiral said:
Does anyone know if OG Xbox games are yours forever like the 360 ones?
Click to expand...

Yes, they are added to your account permanently just like 360 games
Last edited: Feb 20, 2019
Reactions: Esppiral
A

Well nothing new today?
Seems like the BC support is slowing down in the last few month.

Finally! Wish i bought lost planet 3 when it was on sale
Reactions: Gideon_128 and CRAIG667

Five Capcom games in one day? 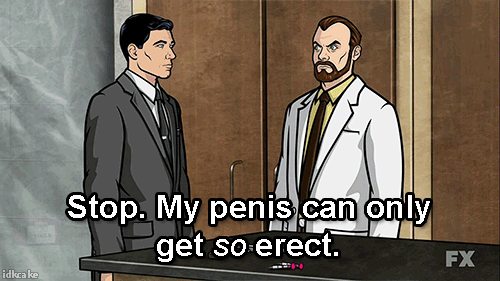 Holy fuck!! This is amazing!!

I played the shit out of Colonies. May pick it up again. Lost Planet games are weird as hell, but fun.

Got Damn.
Been waiting for Lost Planet 2 for years.
Still one of the best co-op games of all time.
P

Is it too much to hope that Xbox exclusive racing games get the backwards compatible treatment? Considering eventual licensing issues with car manufacturers. Rallisport Challenge 2, The Project Gotham series and Midtown Madness 3 are the ones I'm thinking of.
D

This! Cant wait to get home now.

I own all five games.

I like the first Lost Planet. I think I have the disc around here somewhere.

Xaero Gravity said:
Oh man, I'd love if Too Human went backwards compatible. I love that game to pieces. So much so that it was the first game I went out of my way to get 1000 gamerscore in.
Click to expand...

Yeah I just wish someone from the media would ask Phil about it.

Really want to replay the 3 games but the prices in my country are really strange:

Forza 4 would be amazing, but I doubt they'll sell it digitally or offer any dlc again. They've had to delist Forza games released this gen for licensing. Disc only BC already happens for a couple things.
Reactions: gupho70

This is an amazing backwards compatibility update. I completed Lost Planet back when it came out and even got into the multiplayer and thought it was a great game. I have Lost Planet 2, but never even fired it up. Then throw Code Veronica X on top of all the Lost Planet games....bada-bing!!
Last edited: Feb 24, 2019
Reactions: gupho70 and CRAIG667

I dont see Dead or Alive in that tweet.

They're not ones I'm interested in, but still glad to see 2 more games added.

Wasn't Hydrophobia like massively unfinished? Like it was planned originally to be a three part series until the game tanked? Ended on a cliffhanger? Or am I thinking of something else?

What's the background on Marathon Durandal? The pre-cursor to the Halo series I assume?

RAIDEN1 said:
What's the background on Marathon Durandal? The pre-cursor to the Halo series I assume?
Click to expand...

I hope they patch Hydrophobia. Its great to see the Star Wars games since they are so expensive.

Gonna pick up the C&C games now that they're on sale.
Reactions: Jroderton